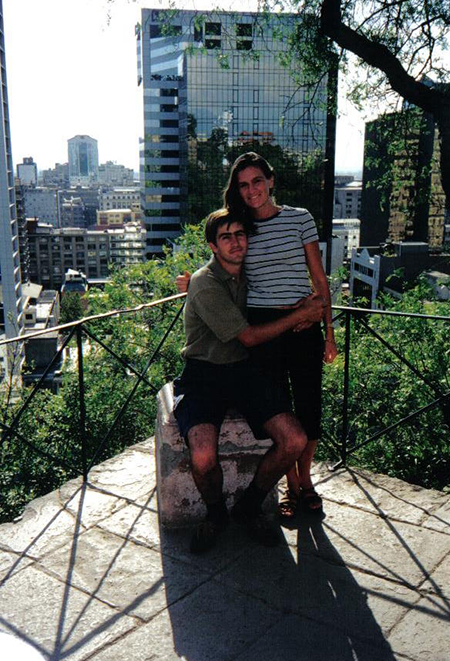 Earlier this week we lost a dear friend to a tragic plane accident. Diego Garcia was a friend, a devoted husband and father, and a talented winemaker. His family had a long tradition of farming grapes and other crops in the Colchagua Valley of Chile. They recently had developed part of their property into a winery and hotel project that was making waves and showcasing this valley in Chile as an upcoming winemaking region on the world scene. You can read more about what Diego and his family has accomplished with their winery and hotel project at their website www.laplayawine.com.

Julianna had met Diego in 1998 when she was working at Robert Mondavi Winery, whom Diego's family had been doing some business with in Chile. In 2000, my wife Julianna and I and a couple of friends from Napa visited and stayed with Diego and his family in Chile. Diego and his family were the most warm and welcoming hosts imaginable. I proposed to Julianna in the Colhagua Valley while we were staying with them and we celebrated that evening with Diego and our friends. 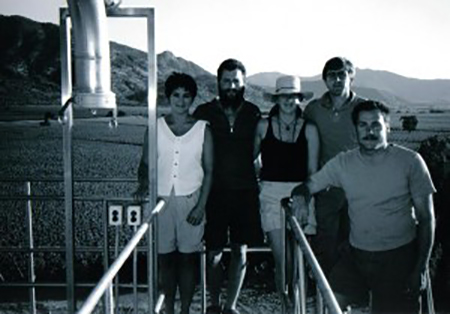 He and his family are already leaders within the Chilean wine industry and, had his life not been cut short so tragically and suddenly, he would have been at the forefront of Chiles wine rising prominence on the world stage. Diego was young and charismatic, and although he is no longer with us, Diego Garcia de la Huerta Sutil will remain a shining light over the Colchagua Valley. 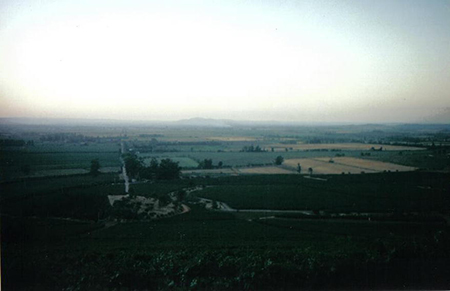 A SHINING LIGHT OVER COLCHAGUA VALLEY

Our deepest sympathies and love go out to Diego's family, his wife and children. Although we did not know the other three victims in the accident, we'll be sending our thoughts and prayers to their families as well.

For those readers who knew Diego or his family, you can link to the article posted today in the Santiago Times at www.santiagotimes.cl

During his recent visit to Napa Valley, Robert Parker tasted through some of our current releases of what we call our ‘Big Reds’. Here are some of his notes from the tasting … 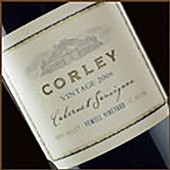 One of the finest offerings in this portfolio is the 2006 CORLEY Cabernet Sauvignon Yewell Vineyard (90+) from St. Helena. It offers plenty of spice box, chocolate, new saddle leather, cassis, and black cherry aromas and flavors as well as some serious tannins buried beneath all the fruit. However, this is a deep, rich, convincing wine that will benefit from 3-4 years of cellaring, and last for 15+20 years. 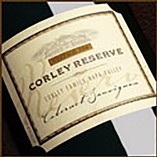 Even better is the 2006 CORLEY RESERVE Cabernet Sauvignon (92), probably the best wine I have tasted from Monticello in many years. Its opaque purple hue is accompanied by abundant aromas of charcoal, licorice, black currants, graphite, and a hint of new oak. Full-bodied, layered, expressive, and pure, the copious tannins are well balanced by the richness of the fruit and level of concentration. It needs 2-4 years of cellaring, and should keep for two decades. 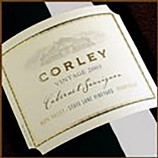 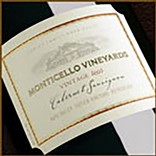 I had some reservations about the 2006 MONTICELLO Cabernet Sauvignon Tietjen Vineyard (88+). The fruit intermixed with earth and lead pencil notes, but the wine reveals aggressive, rustic tannins, and the narrow, rugged finish could turn out to be problematic. 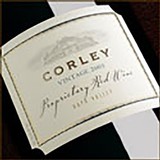 The 2006 CORLEY Proprietary Red (89) has sweet fruit, some charcoal, toast, cassis notes, medium to full body, and silky tannins. Drink it over the next 12-15 years.

This past harvest, we had an opportunity to host some of the editorial staff at Monticello as they harvested their own grapes of our vineyard and crushed the fruit at Monticello. We all had a lot of fun. I'm looking forward to tasting the finished wine. Following is the recent article in Wines and Vines written by the editor Jim Gordon. You can link directly to the article at www.winesandvines.com.

San Rafael, Calif. -- Wines & Vines staff members had a chance to put themselves in their readers' boots during the harvest of 2009, thanks to a generous Napa Valley vineyard family, a patient Marin County winemaker and a barrel-refurbisher. A small crew of people normally more comfortable with computer mouses than grape knives harvested half a ton of Merlot to make a 60-gallon barrel of wine.

Along the way we experienced the same anxiety and excitement that most Northern California winemakers felt during a harvest rudely interrupted by cold, torrential rains Oct. 13 just as the grapes were nearing peak ripeness.

The Knollwood vineyard from which we harvested the Merlot is a 31-acre property on Big Ranch Road about two miles north of the city of Napa, the same parcel where Lewis Cellars sits. The Corley Family, who operate Monticello winery nearby, own the Knollwood property. The Corleys bought the first 19 acres of what is now Knollwood in 1984, said Kevin Corley, and later purchased another 12 acres.

The vineyard was in its second year of organic farming. The location is in the Oak Knoll District, with Coombs gravelly loam soil and the AVA's typically cool microclimate on nearly flat terrain. Syrah, Cabernet Franc and Merlot vines grow on a few different trellis setups here. The row of 9-year-old Merlot that we picked from was clone 181 planted on 3309 rootstock and trained on a lyre system with vines spaced 10 feet by 4 feet, trained onto wires held by 36-inch cross-arms at the bottom and 52-inch cross-arms at the top. Kevin Corley said the yield is typically 4 tons per acre.

We harvested on Oct. 23, having waited about as long as possible for the vineyard to dry out and hoping for the fruit to increase in sugar after the rain. Some evidence of white mold was beginning to show here and there, and berries were beginning to fall off the clusters when a vine was shaken. But the skins were intact and the flavors tasted fresh, so when Kevin Corley advised that waiting any longer would not help we harvested.

Under the watchful eye of the Corleys' long-time vineyard manager, Angel Avina, we picked into lug boxes and dumped the grapes into a macro bin on a flatbed truck at the end of the row. It was a quick trip to the Monticello winery across the road, where we processed the fruit on a new, efficient sorting setup that winemaker Chris Corley was trying out.

We pitch-forked the fruit onto a conveyor, which then released it into a gentle destemmer and sorting operation that enabled five people at a time to sort out all jacks and material other than grapes. The final sugar reading was 22.9 degrees Brix, and the fruit was very clean, smelled fresh and didn't appear to have suffered from the wet spell and late harvest. With the help of ropes, a tarp and plenty of duct tape, we secured our must in a macro bin in the back of a pickup, and drove it to about 35 miles to San Anselmo in Marin County, where the owner and winemaker of Ross Valley Winery, Paul Kreider, accepted it for fermentation. About two weeks later the wine had gone dry and was successfully pressed into a small tank to let the gross lees settle before racking into a five-year French barrel refurbished by Cryo Clean Barrel Blasting and outfitted with a stave insert array designed to give the effect of 40% new oak. Wines & Vines thanks our partners in this winemaking venture. We hope to provide readers an update on the quality of the wine later as it ages.