Pulling the plug on a wine in Brooklyn

"We were in Brooklyn a few weeks ago visiting our wine broker and spending a few days with my wife Julianna's sister, Joy, and her husband, Noureddine. Depending what airline we fly, we either check our wine (Southwest - bags fly free) or we send it ahead (all others). This time, we shipped several cases ahead (it cost the same to ship as it would to check, so may as well let the shipper lug it around!). It's nice to have wine ready for you upon arrival, and we were looking forward to some great bottles during our trip. Approximately a third of the wines we took to taste with our broker, but we also had plenty of nice wines for drinking, including plenty from other producers (we don't just drink our own stuff all the time!)

On our first night there, I was craving a big fat glass of red wine after a long day of family travel, and was almost salivating on the way from the airport, just thinking about popping a cork. We pulled out our first wine, and to my great disappointment, the wine was corked. It wasn't terrible, but it definitely had that familiar wet cardboard, aquarium gravel kind of smell that I just can't get out of my head once I smell it. 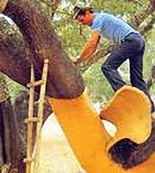 Cork taint is a topic that we as an industry pay close attention to. It can arise from the combination of wood product, moisture and chlorine. The offending molecule that raises the stink is called trichloroanisole (TCA). A lot of corks (wood) used to be sanitized (moisture) in chlorine based washes (chlorine), an malevolant olfactory trifecta. A winery could have a systemic problem with TCA. Many older wineries were stick-built (wood), are humidified (moisture) and historically used chlorinated tri-sodium phosphate (chlorine) as a sanitizer. Most wineries and cork producers have moved on from chlorine to other forms of sanitizers. We stopped using chlorine-based cleaners years ago, and keep our cellar relatively dry to avoid having too much moisture creating mold in our cellar. 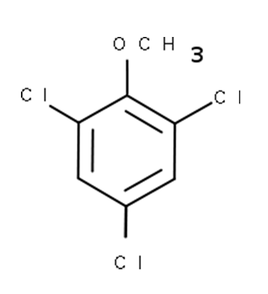 Back in Brooklyn, we had plenty of other bottles to open, so we did, and we moved on, but it kept bugging me, and we had a fair bit of conversation about the corked bottle. I remembered reading something somewhere about using cling wrap to help remove the cork taint from an afflicted wine. I'd never tried it, but why not? It was the perfect opportunity, we'd be tossing the wine out otherwise. We wadded up a ball of cling wrap and tossed it into the decanter and swirled it around and let it soak for a few minutes, then fished it out. Interestingly, our anecdotal conclusion was that it did seem to have an impact on reducing the impact of the TCA in the wine. Not a major difference, but something noticeable and positive, and what harm is done? You've got a bottle that you've put aside anyway due to the TCA, you may as well play around with it. I'll add that this 'highly scientific' test was conducted while drinking a fair amount of other wines. While traveling, we try to complement all of our activities with copious amounts of wine, including our 'scientific' tests on the road!

Cork taint is a big topic in the wine biz, and I'm just keeping it light and anecdotal this evening on The Corley Blog. For the curious, you can read a little more about TCA at http://en.wikipedia.org/wiki/Cork_taint ."

I walked into Ed Beards St. Helena Insurance office in 1987, the day I turned 16. Fresh from the DMV, and with a 1979 Chevrolet Caprice Classic station wagon awaiting, I needed to sign up with Ed for my auto insurance. All went well and my adventures in driving were underway that afternoon. Ed was a friend of my dad's, and as I recall there was really no question where I would go to get insured. My dad sent me down to talk to Ed.

Twenty four years later, I still have my family car insured with Ed's office. And my house, my wife's business, and my life. I grew up with Monica, who has worked in Ed's office for as long as I can remember. That tells you something. People can make choices about where they work, and when someone works at the same place for the better part of their adult lives, it tells you a lot about the people there.

We do some custom winemaking at Monticello, and Ed would send over a few tons of Chardonnay each year that we make for him and bottle under his family's Beard Vineyard label. Ed liked a clean, crisp style of Chardonnay and his vineyard suits that style. The wines were fermented in stainless steel, and aged in neutral barrels. Ed would call to check in on the wines from time to time. His deep, somber voice on the phone was always comforting. "Chris, it's Ed Beard ..." he would say, and I can hear him saying it now as I write this. It was always a pleasure to talk with him. Always even, consistent, ever present. I miss talking to Ed on the phone. I wish I would have saved one of his voice messages.

Ed Beard was a kind man that touched many lives. The world is a better place for having Ed in it. I'm a better person for having known him, and I'll miss him. Rest In Peace Ed.