Captured moments from the Harvest Party... 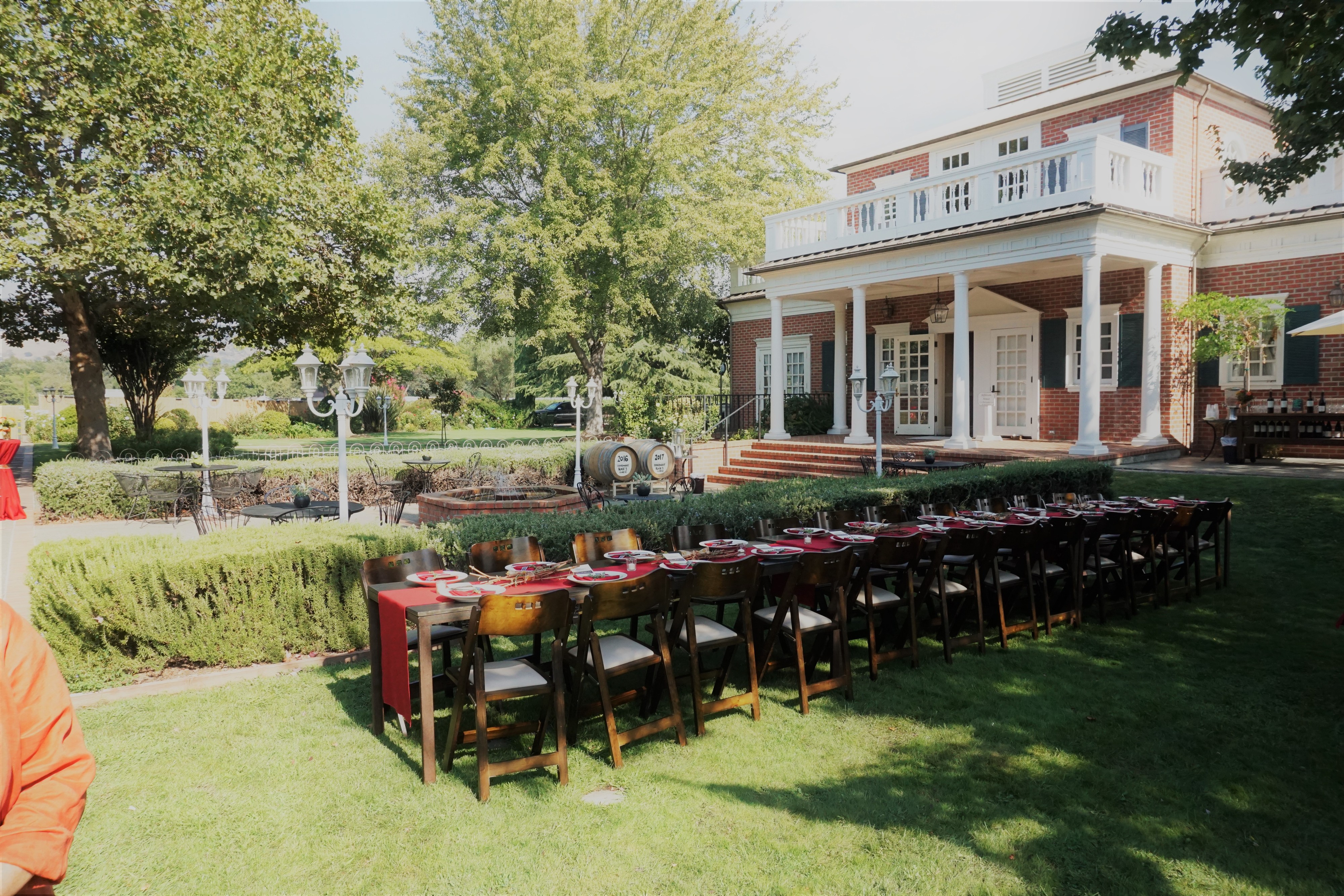 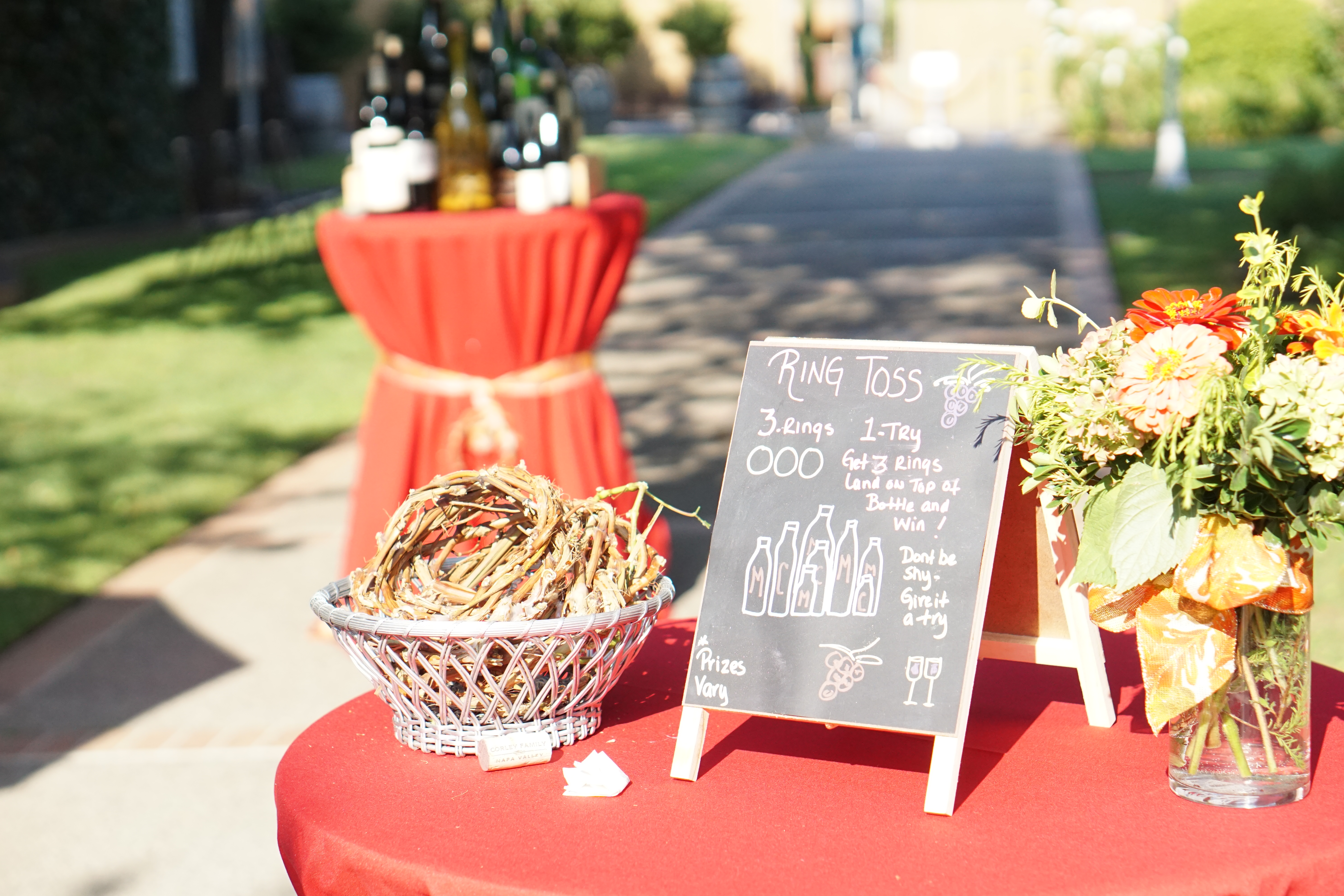 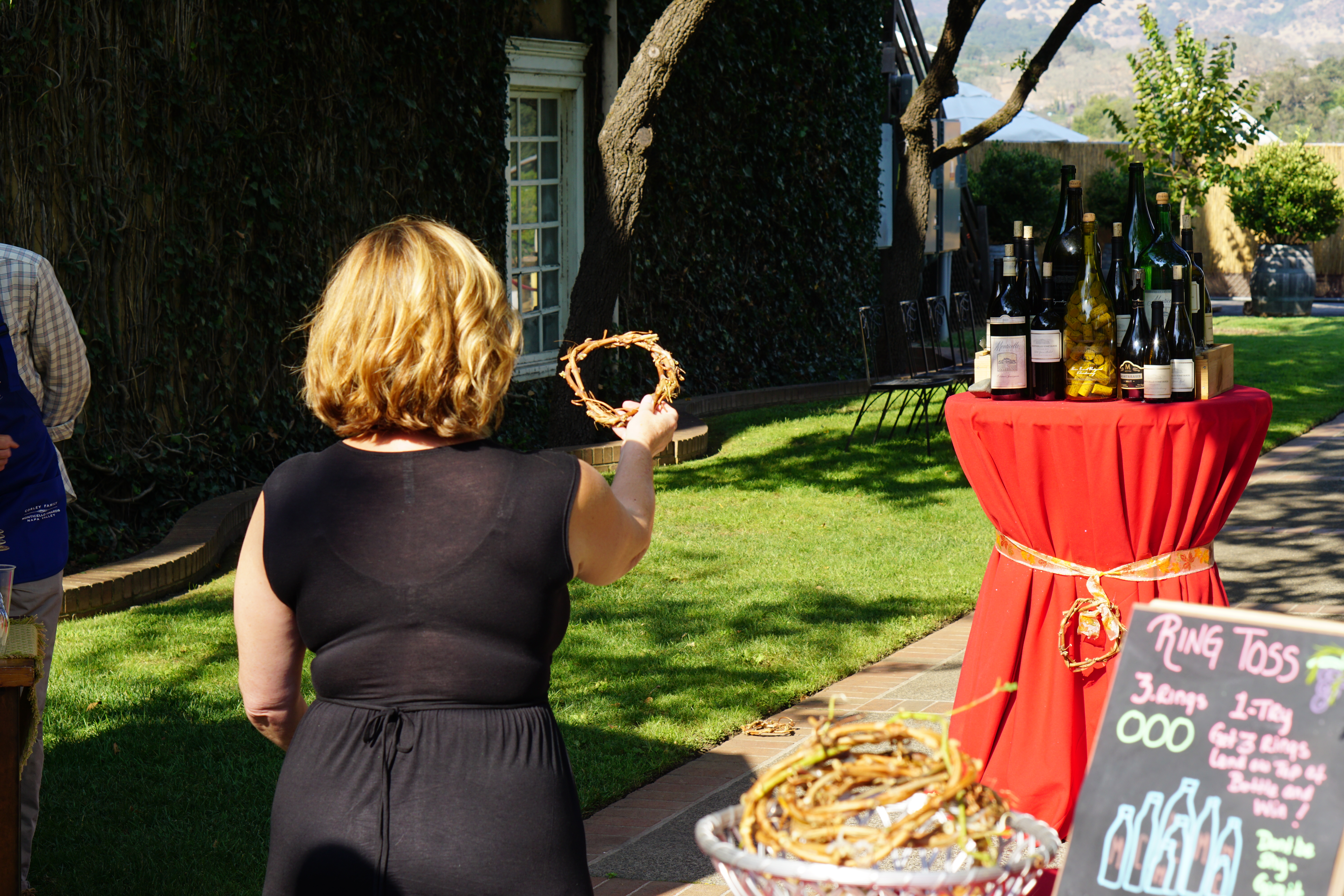 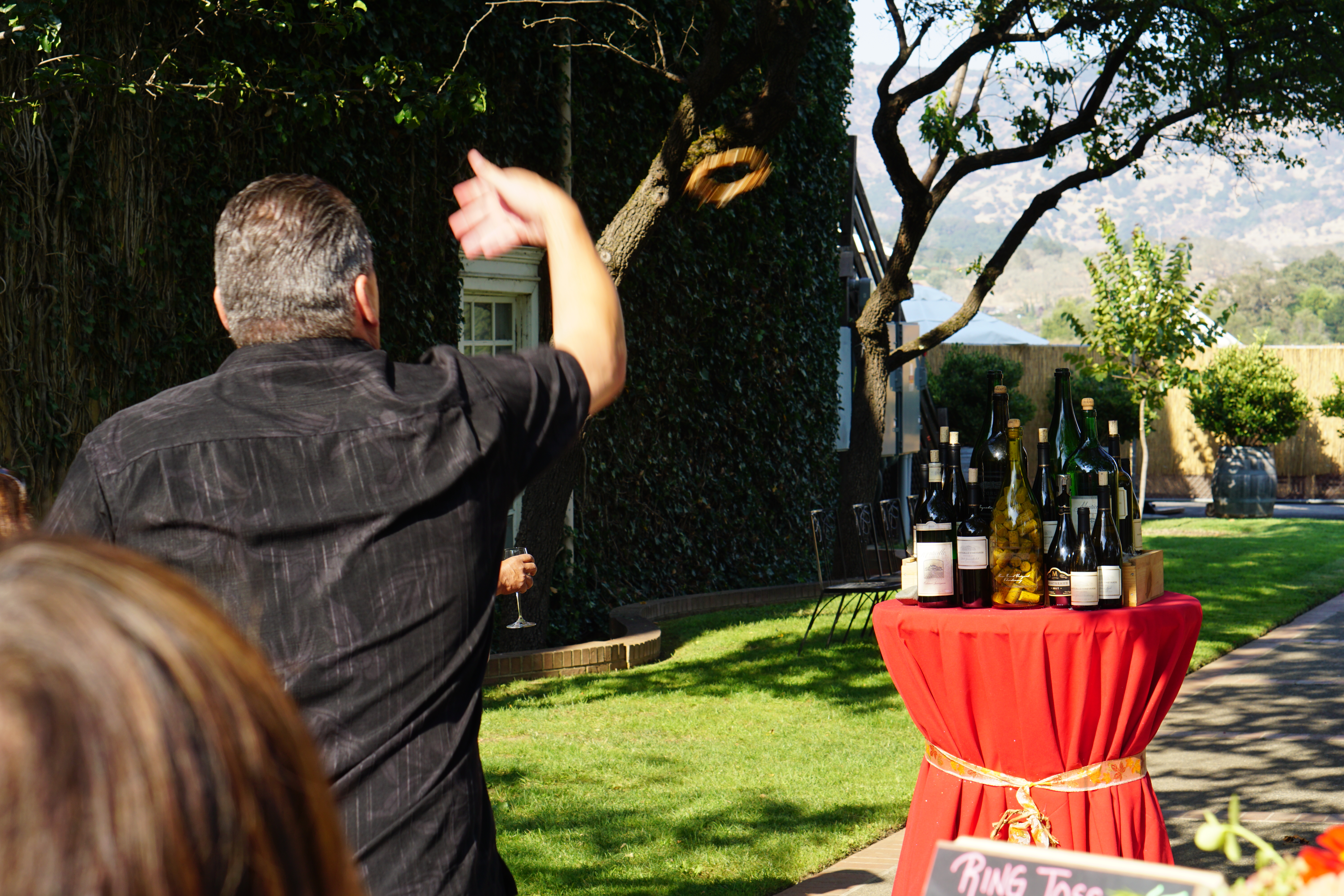 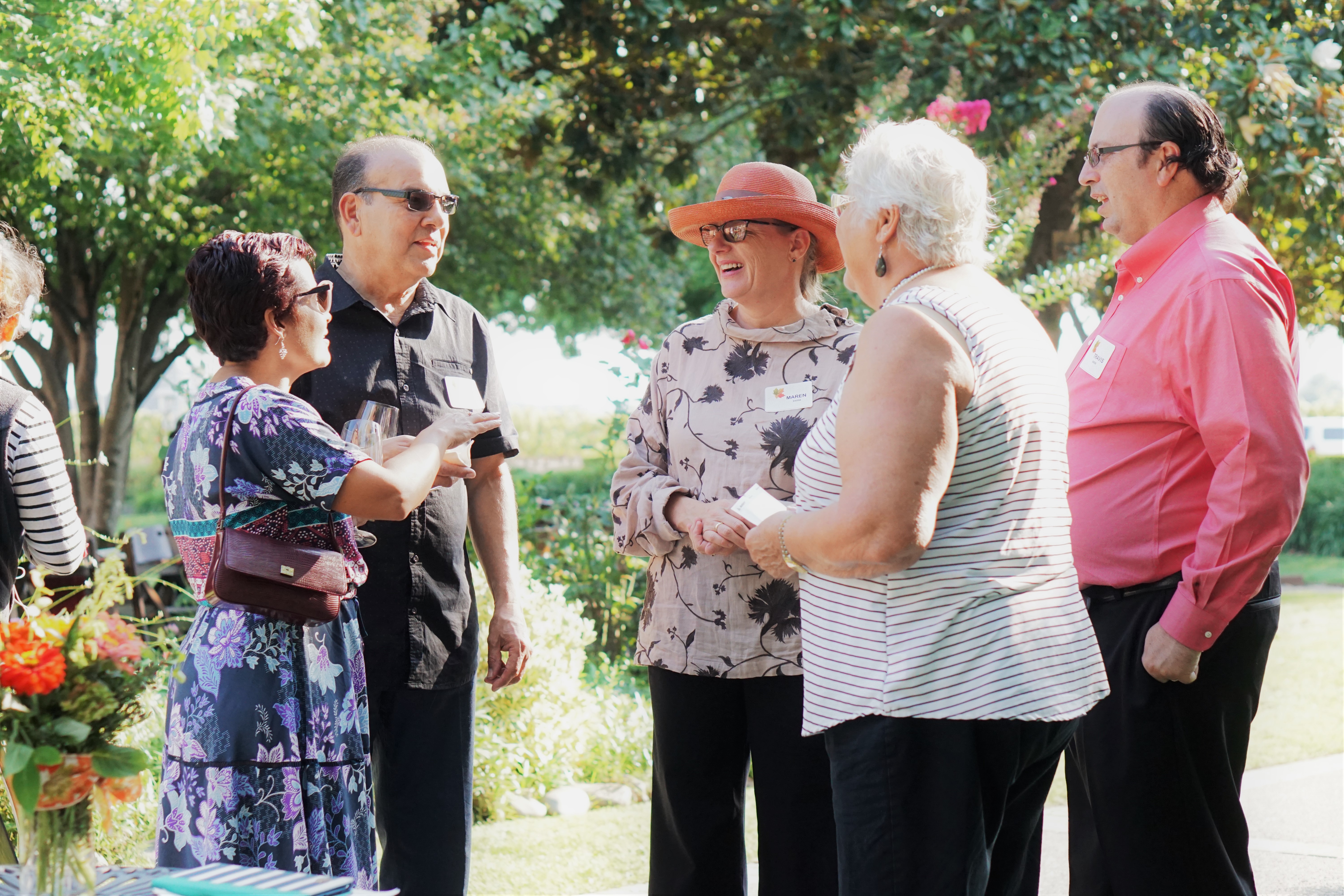 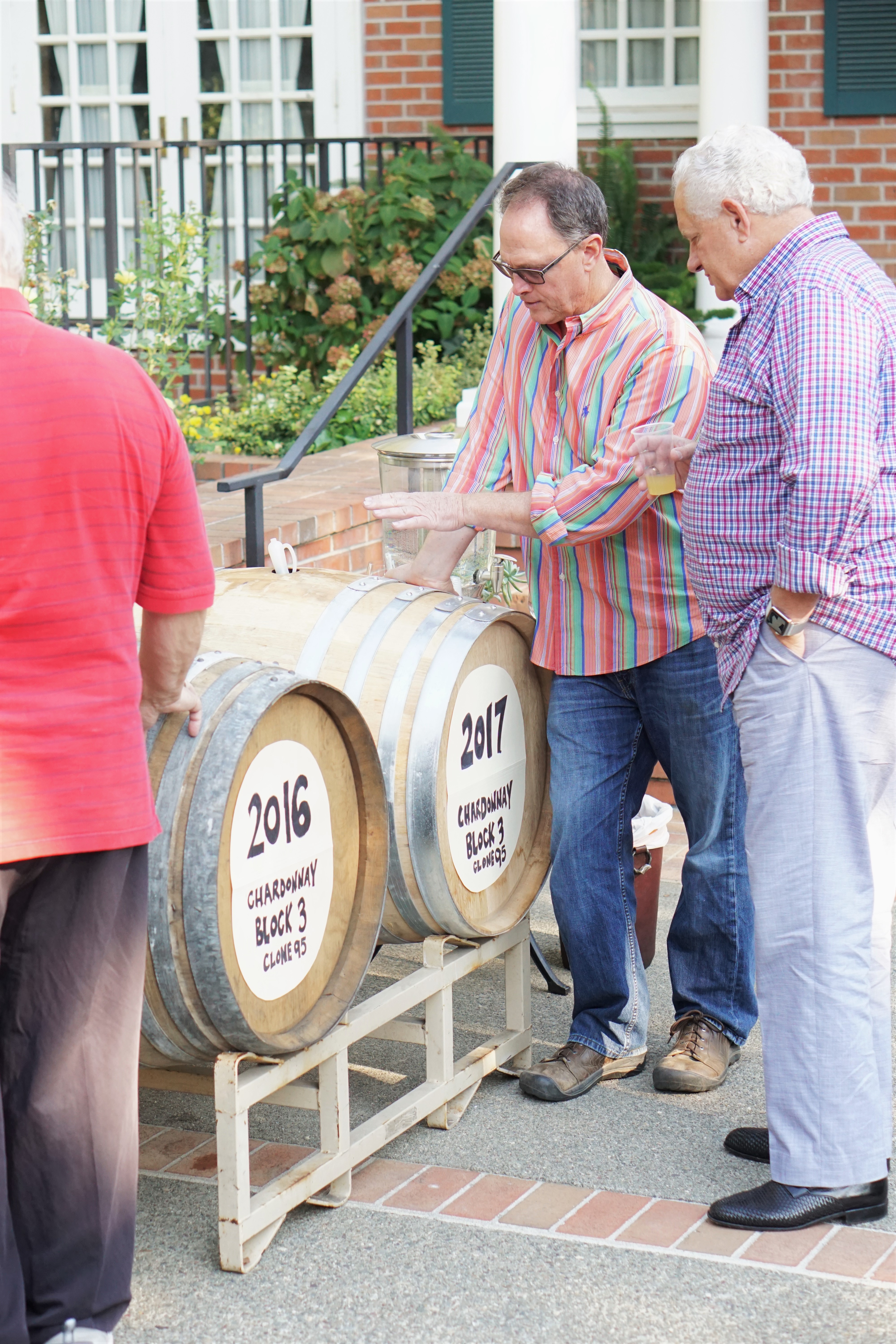 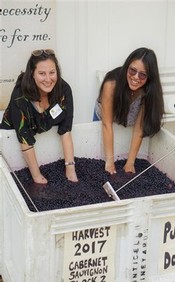 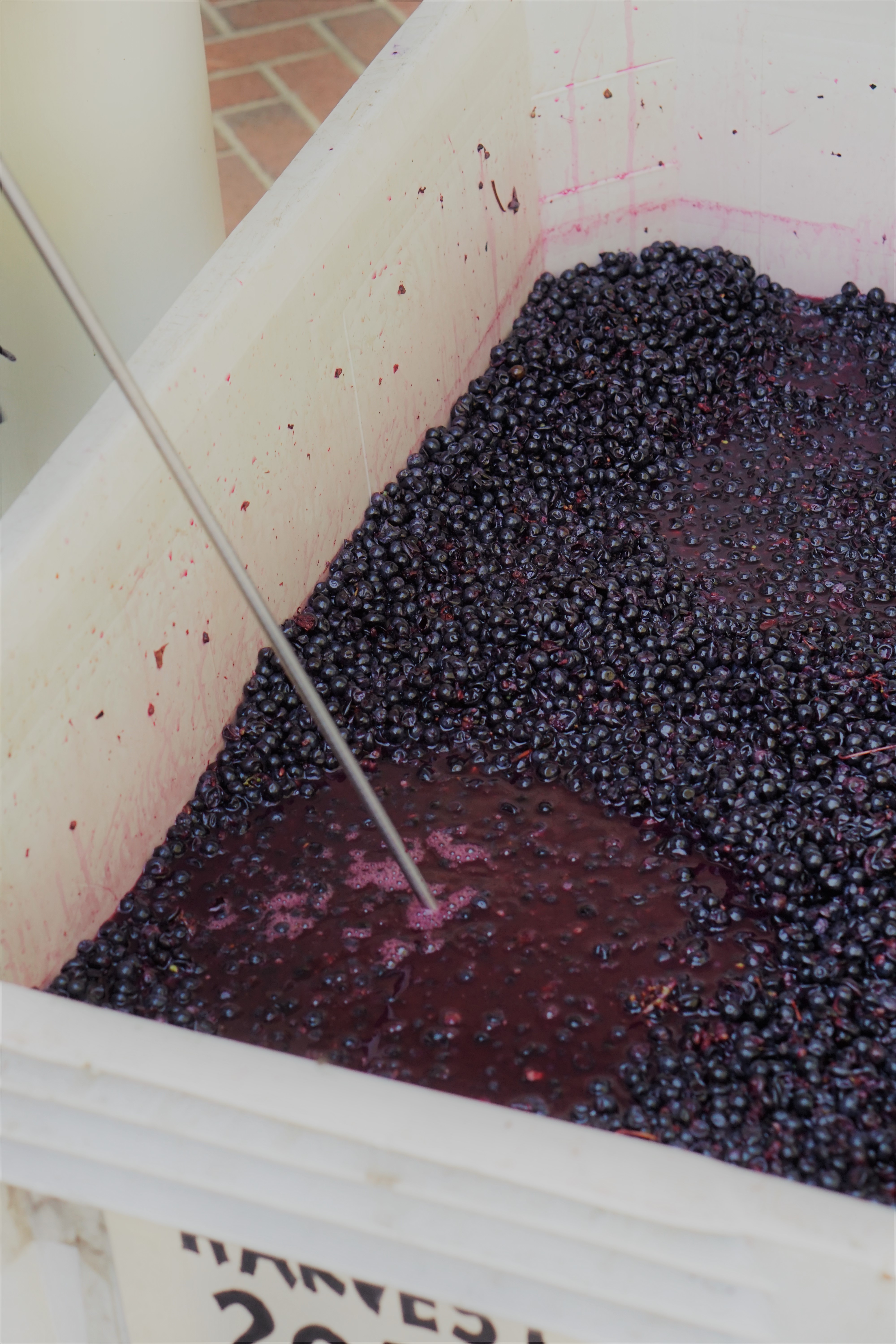 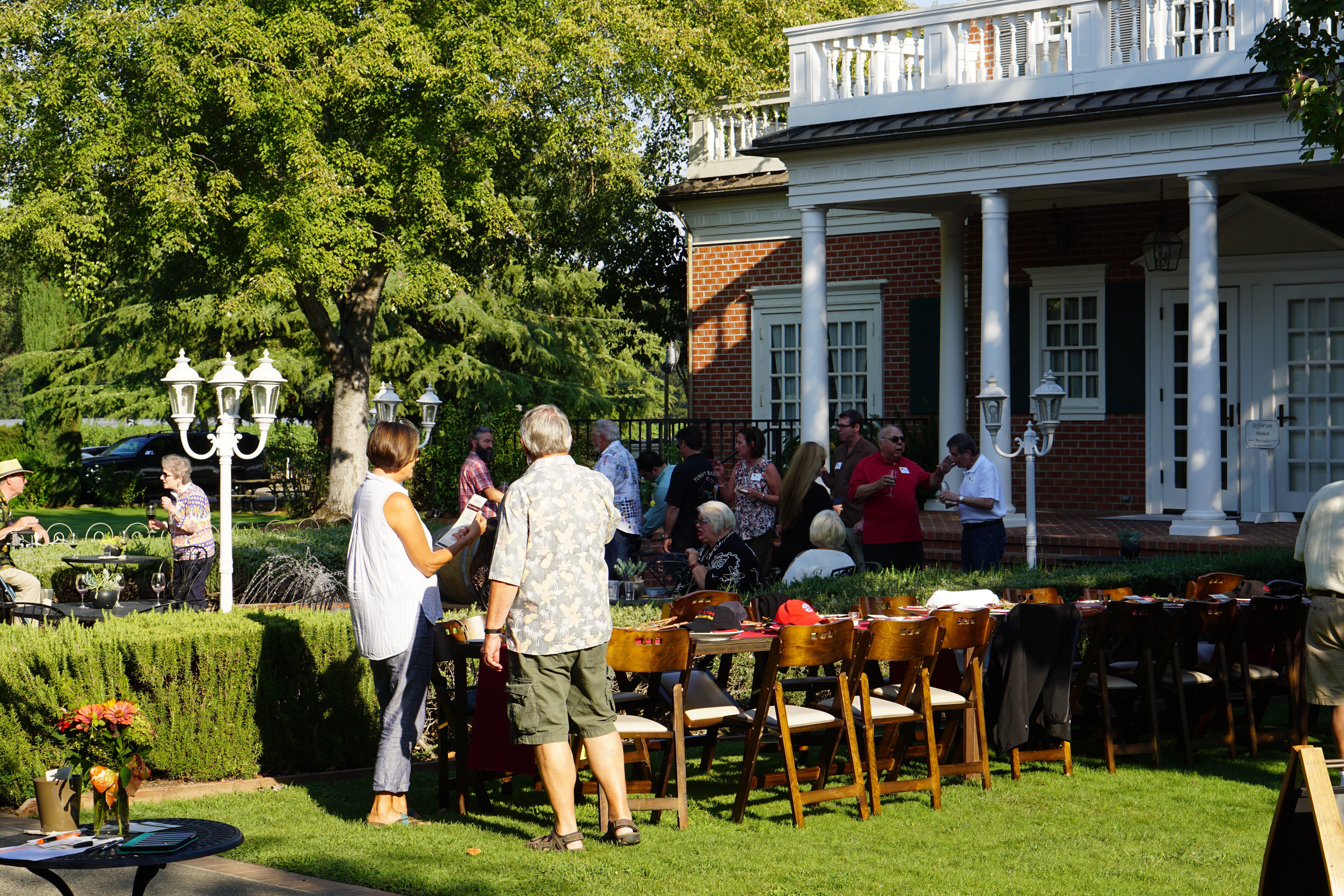 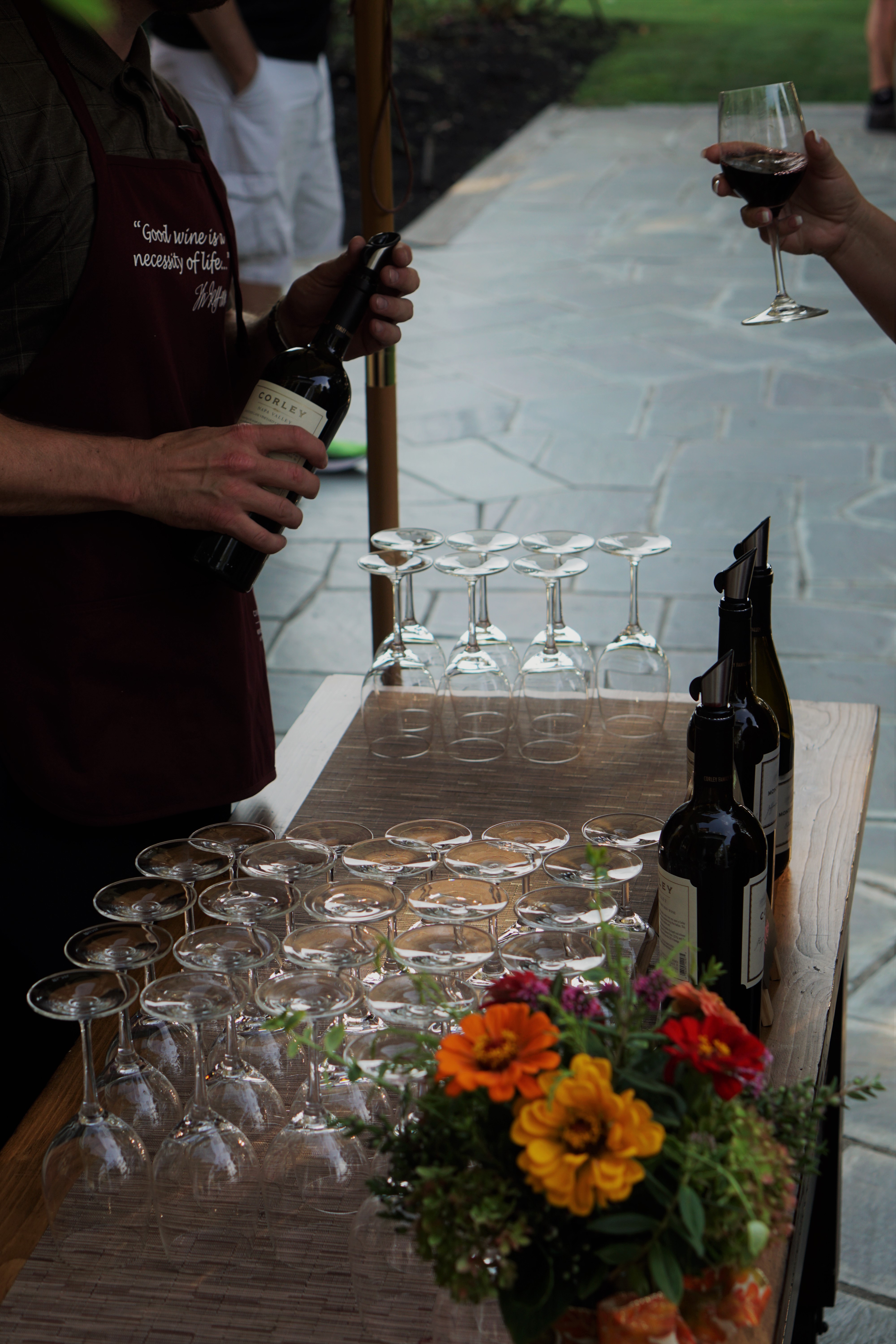 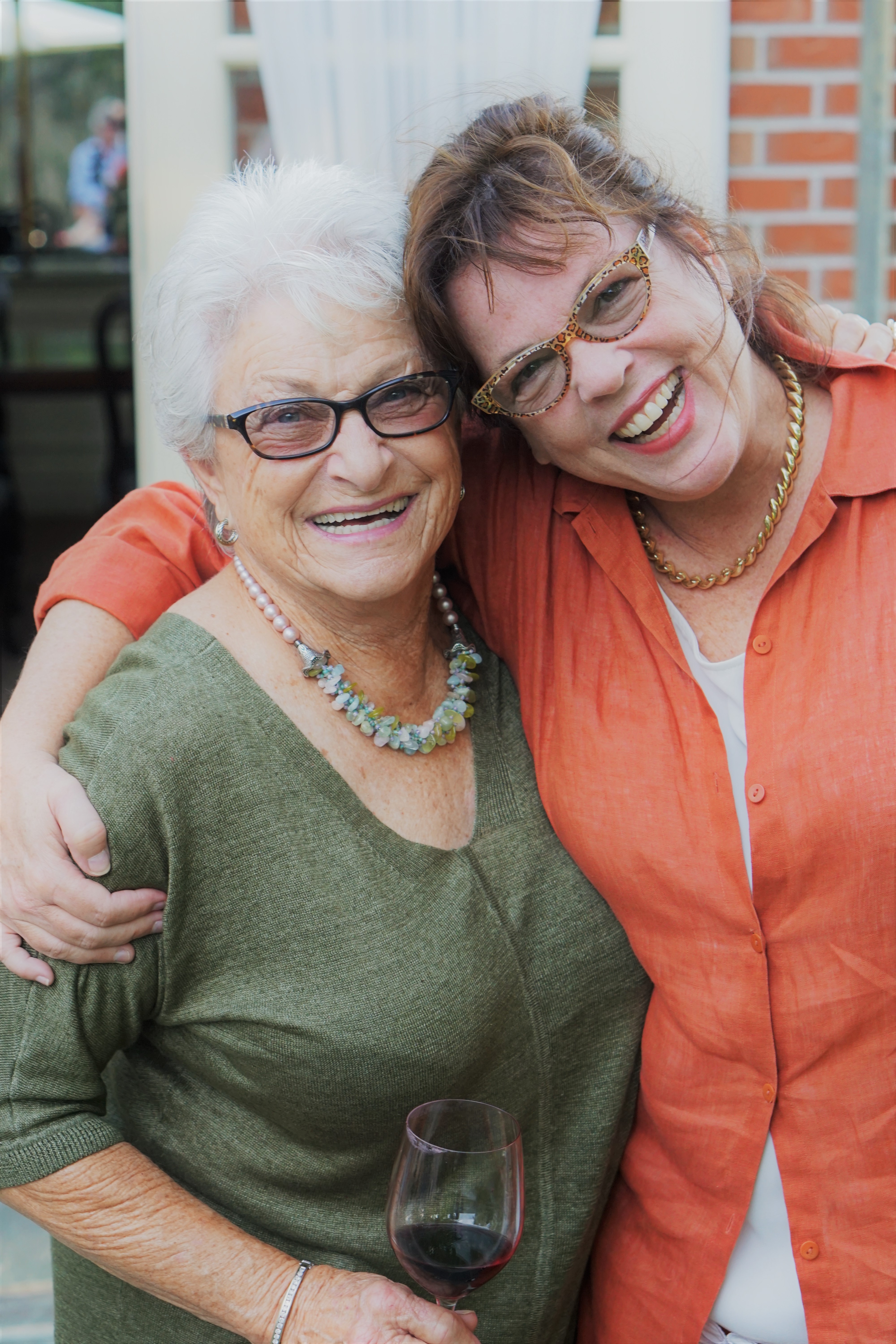 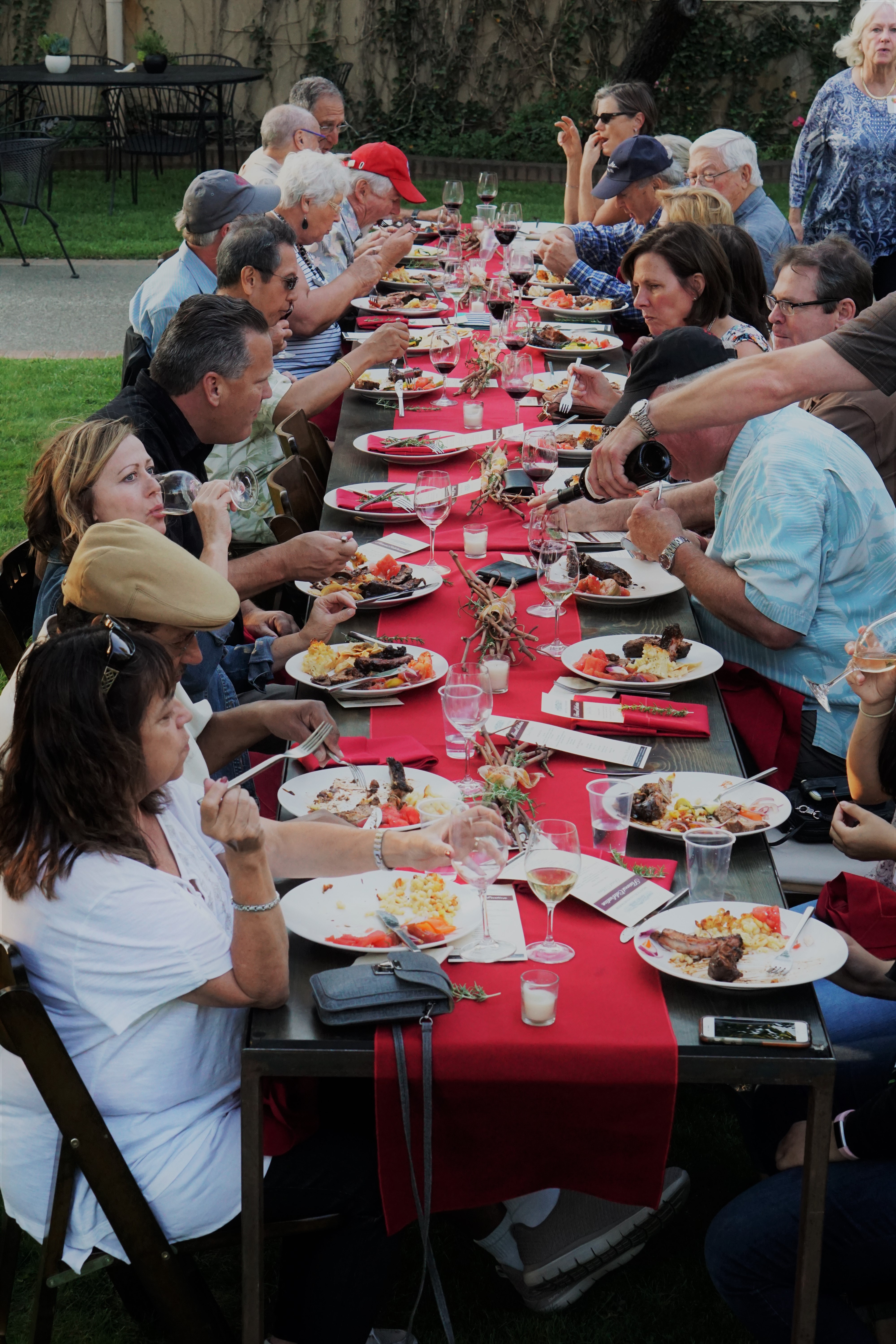 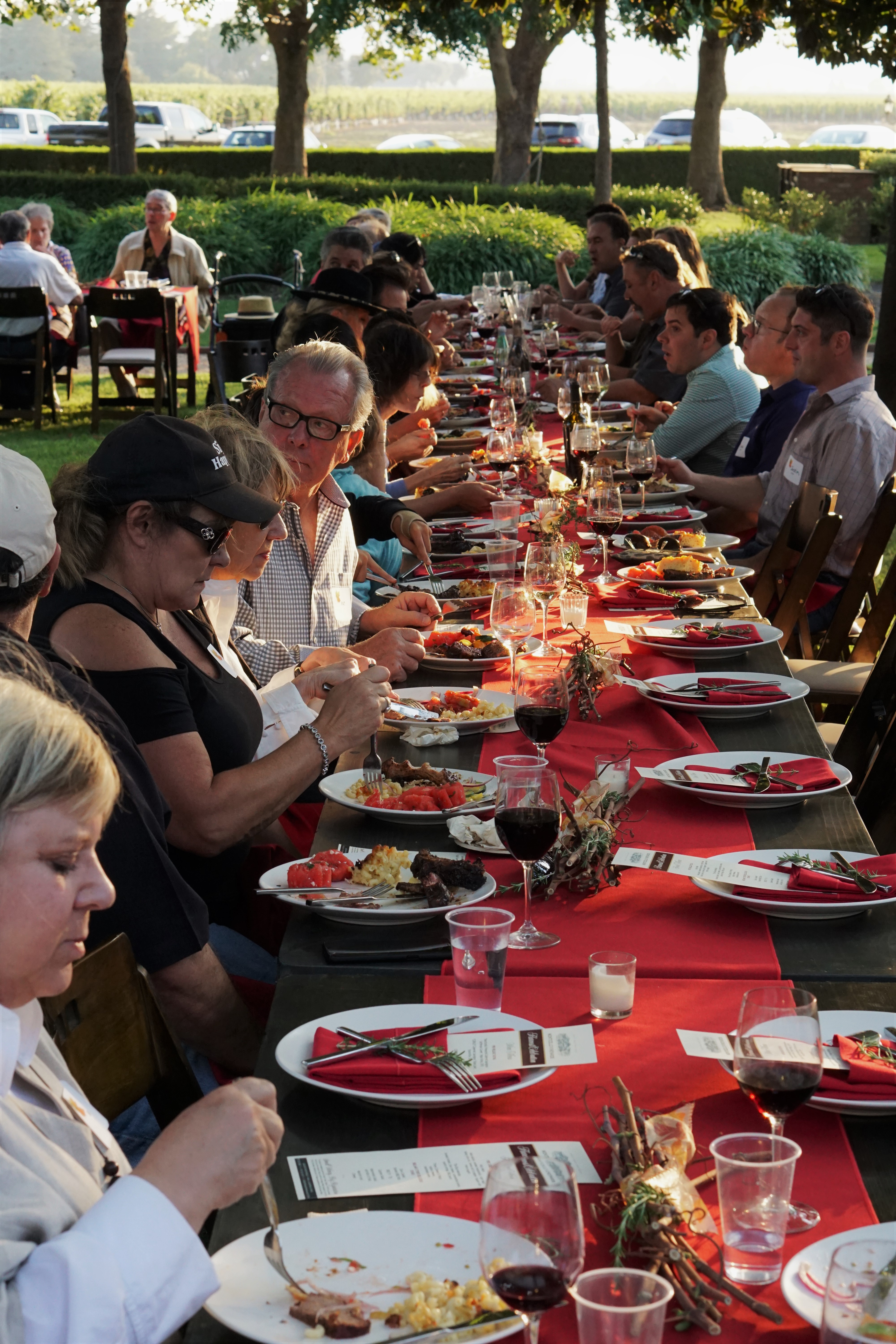 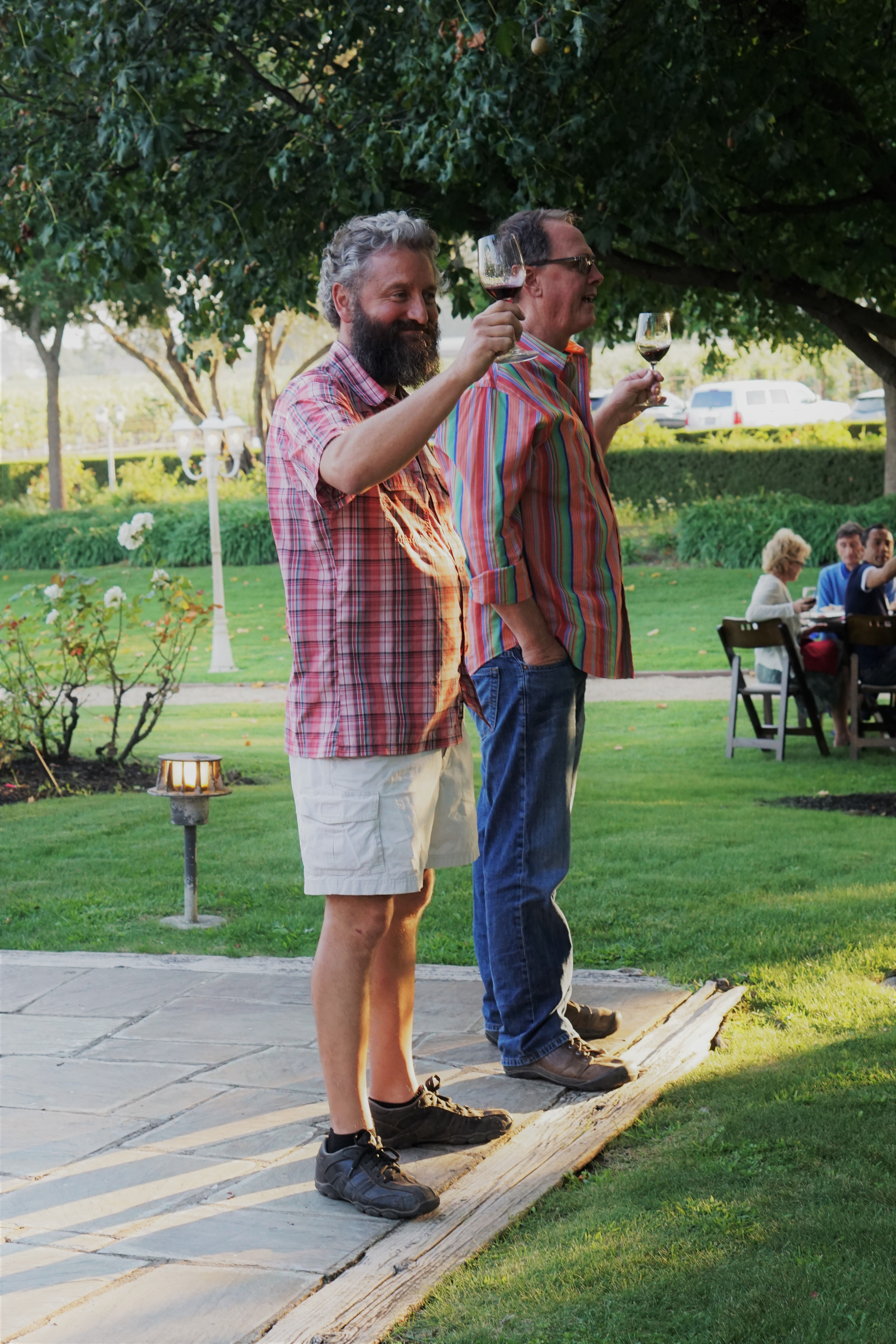 Thank you all for celebrating Harvest with us! We hope you had a great time and we hope to see you at our next event. Cheers!

We had an exciting month at Monticello Vineyards in celebration of Napa Valley Arts in April!

Motionsports Artist, Bill Patterson, featured his paintings during the entire month of April in the Jefferson House Cellar and even made an appearance with a live painting demonstration during our Red Line and Red Wine event on April 5.

In addition to the racing theme, Bill’s friend Kevin Chong added a nice bonus to the Cellar with his glass blown art display.

To kick off the event, we hosted a reception to learn the art of painting red line and the art of making red wine! Guests were greeted in the courtyard by the talented local musician, Michael Belair, along with a glass of Montreaux Brut sparkling wine. Bill Patterson and our Winemaker Chris Corley mingled with racing fans and wine enthusiasts during an afternoon of sipping Monticello wine and enjoying small bites catered by Fume Bistro. For those who missed out, you still have another week to view the art on display!

This past weekend, Monticello Vineyards partnered with Sweetpea Catering and Private Chef Services at the Culinary Institute of America at Greystone for the 3rd Annual food and wine pairing competition. Thirty-three wineries from Appellation St. Helena (ASH) paired up with either a restaurant/caterer/chef or a CIA student for a delicious taste-off.

Thank you for all of our cheering supporters and coin droppers! 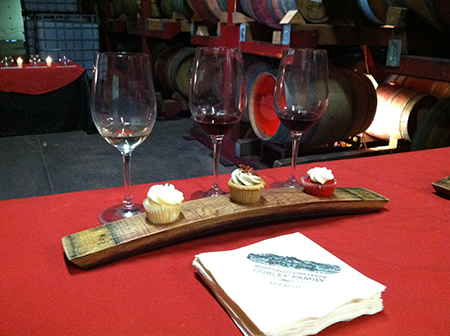 "We just hosted our 2nd Annual Wine & Cupcake Pairing. Thank you to everyone who stopped by to taste and cast their votes. It was a competitive day of tasting, brain power and decision making over the favorite cupcake flavor in addition to the best wine and cupcake pairing. May the best cupcake win...

To give you a little background, Kevin Corley's daughter, Isabella, introduced three amazing flavors to pair alongside our Monticello wines. At the start of the day, she and her brother, Hayden, teamed up in the Jefferson House kitchen to ice up the cupcakes and to add special toppings such as crispy bacon and sugared pearls. 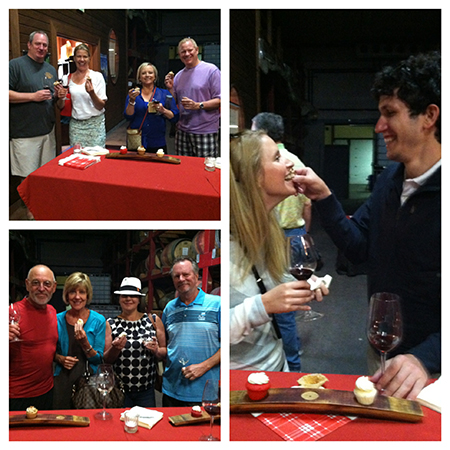 Guests joined in on the fun throughout the day and voted on which of the three flavors best suited their palates.  Creative minds and adventurous wine tasters helped us decide on the best. 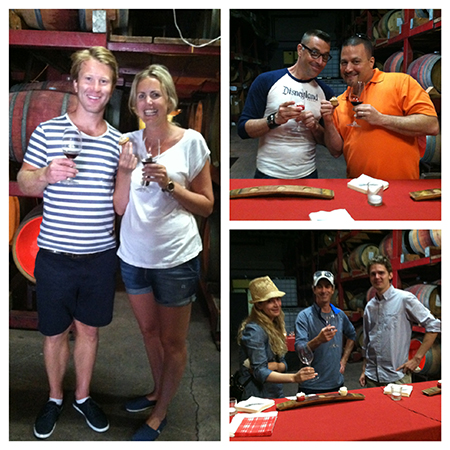 Here are the final results of the cupcake and wine pairing competition. Now you can try them at home after making your next trip to Monticello Vineyards:

Although it was a close call, Maple Bacon won for the second year in a row by a single vote! 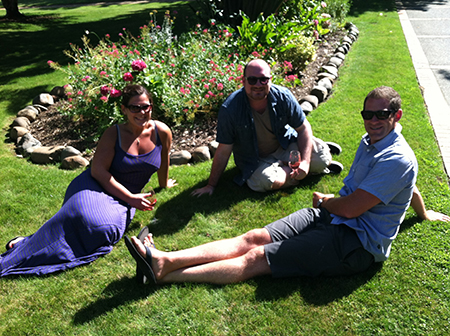 It all came down to our cupcake tie breakers! 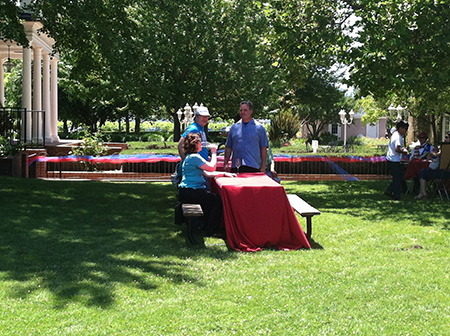 The Corley Family with Stephen Corley ('90) and Kevin Corley, Father of Hayden Corley ('17), hosted Southern Methodist University's 4th Annual San Francisco Alumni Chapter Wine Tasting at Monticello Vineyards this past weekend. It was a beautiful sunny day with a nice breeze to keep it cool yet comfortable for an outdoor party in the Napa Valley. 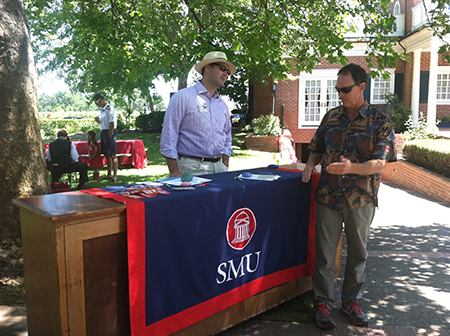 The event took place on the East Lawn and included activities for the whole family. Everything was decorated in red and blue to honor the SMU Mustangs including a giant SMU banner to welcome the guests at the registration table where they were greeted by Kurt Pottkotter, SMU Executive Director, National Major Giving Programs. 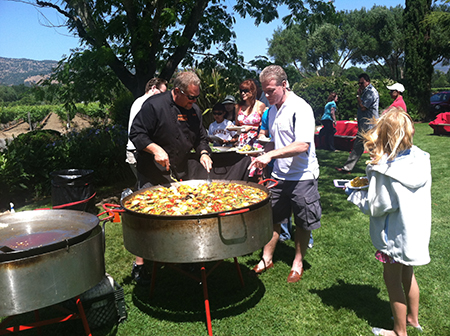 The wine tasting and entertainment lasted from 1pm to 4pm with the live band New Copasetics on the terrace, a face painter and balloon artist to entertain children and Gerard’s Paella hauling their huge pan of ingredients to create their famous mixed paella. 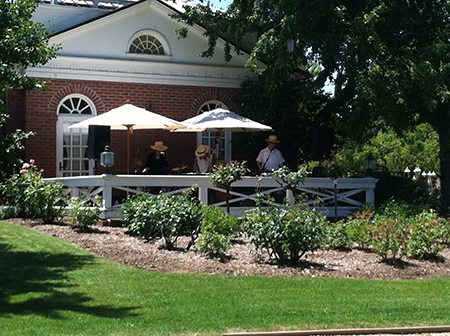 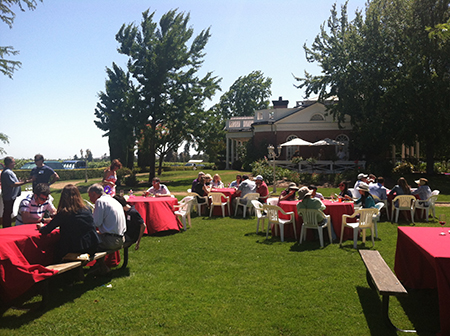 It was a real treat for me to be a part of, as well, being a graduate of the class of 2009. We look forward to future events with the SMU Mustangs.  Pony up!