Our kids, at 6 and 5, are right in a sweet spot for trick-or-treating. In the last year or so, Halloween has become a lot of fun again with that exciting kind of dump-your-candybag-on-the-table-and-tally-your-loot kind of anticipation. It's so much fun to watch the kids running from house to house in their costumes yelling out 'trick or treat' and loading up their bags and little plastic pumpkins. We're going to gang up with some friends that live near us and hit the neighborhood tonight en masse. I'm really looking forward to the evening.

It occured to me this morning as I came into the winery to check on our fermenters (we still have a lot of grapes fermenting in tanks and bins) that it's kind of 'Trick or Treat' in the winery for us winemakers too. Although we're not wearing costumes, we go from tank to tank knocking on doors, pulling samples and tasting ferments to gauge what kind of treat we've got. Just like the neighborhood kids, the expectation is that we'll get a treat and won't have to perform tricks. The anticipation lays in whether we're going to a tasty bag of candy or some pretzels. When we were kids, we knew the right houses to go to for the best treats, and the ones to avoid where the crabby old people handed out peanuts or simply didn't answer the door. In the same way, as a winemaker, we also know which tanks are going to give us the best treats as we make our rounds.

Still, I have the same giddy anticipation at the end of harvest as my kids will have tonight, when I spread my seasonal loot out on the blending table and organize all my wines into different categories of what I like best, and what's medium and what I want to trade. This year so far, it looks like a pretty nice bag of enological loot! 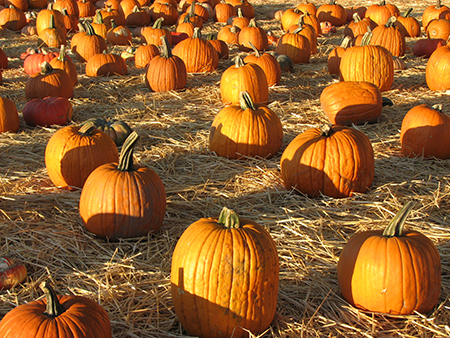