I cut off my beard a couple of days ago. Normally the previous years harvest beard would come off the following spring, but this summer has been so cool that the beard remained nearly until this years harvest. Many vintners gauge the growing season by the development of their tomatos in the garden. Seeing how the tomatos grow and ripen can give some an easy visual sense of how the growing season is developing. I'm developing a hypothesis that the degree days of the growing season can be determined by the lifespan of my previous year's Harvest Beard. On the years that I grow a long harvest beard, I find that I can roughly gauge the following growing season by how long the beard lasts into the summer. 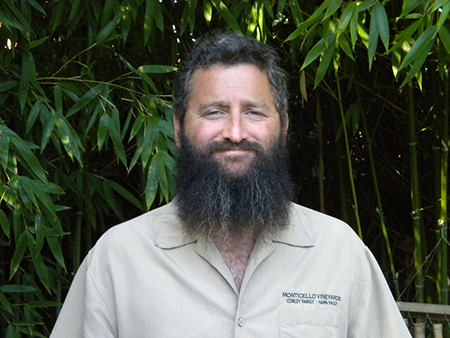 My 2009 Vintage Beard lasted until August 2010. This late shearing indicates a cool growing season and a potentially later harvest. The same was true for the 2004 Vintage Beard which came off late in the summer of 2005. This was a late season as well, and coincided with the birth of my daughter Ruby, who along with her one-year old brother Jack, perceived the beard as a plaything and grabbed at it every chance they could. This prompted me to shear perhaps earlier than I normally would have, and perhaps nulls the scientific approach I'd been taking to linking grape development to beard longevity, but it still applies as anecdotal evidence.

My wife and kids have never seen my chin. For that matter, neither have I for the last 18 or so years. I think it's still there. My sons got a dimpled chin, but we're not sure if that came from me or not. I've always had a beard of some length. I've never thought much about why. I guess I'm just enjoying the hair on my head while I've still got it. Gravity affects men too as we age. For me the effect has been that the hair used to grow vigorously upward out of the top of my head, and now grows downward out of my face. My beard tends to grow long in the winter and get sheared in the spring. We've never saved the shearings or tried to fashion textiles out of them, although I suppose that may be the green thing to do. Maybe some day. 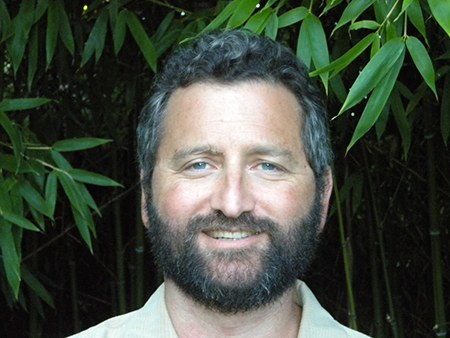 After a Summer Shearing

Earlier this year I was in Houston doing some wine events and was at a dinner in which some great Spanish wines were shared. At the close of the evening, I gave one of the guests a parting hug. She realized shortly afterward that she had lost one of her rather dangly earrings. We searched briefly for the missing accoutrement, until she realized that her rather dangly earring was hanging in the underbrush of my 2009 Vintage Beard. I thought it looked pretty good, but she wanted it back, so I acquiesced.

We shear the growth in the vineyard as well. We pull lateral shoots and leaves that block the sun and air from getting into the middle of the canopy. We trim excess fruit that may prevent the vine from fully ripening the crop. We trim the weeds and vegetation in the rows and under the vines, so they don't suck up too much of the groundwater or nutrients or create havens for pests. 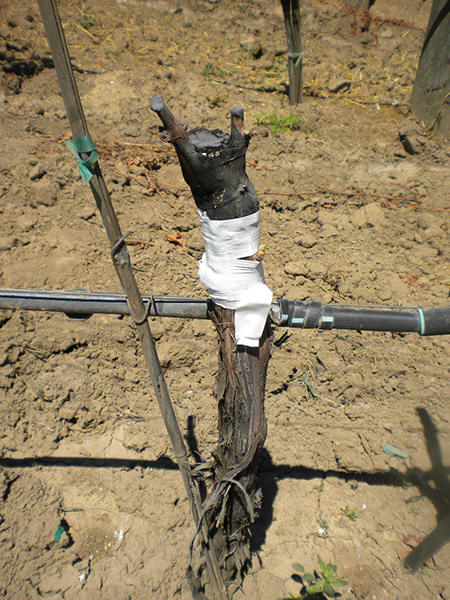 Sometimes we hack back the vines themselves. This year, we sawed off the tops of a small portion of Cabernet Franc vines in the front block. We grafted Cabernet Sauvignon buds on to these vines. Just two small dormant buds were grafted on to the top of each hacked trunk. They were gooped, taped and we crossed our fingers. This will be the first Cabernet Sauvignon we've grown on the property in about 30 years. We're all pretty excited about the potential. We're hopeful to have a modest crop of Cabernet Sauvignon from this block in 2011, and be fully enagaged in 2012. As a family, we tend to get excited about things that are still years away. Many of these new buds have shown very strong growth in their first season. These two buds per vine have the full force of the already established root system behind them. With this explosive growth, we've already been able to lay down the early shoots to set the cordons for next season. 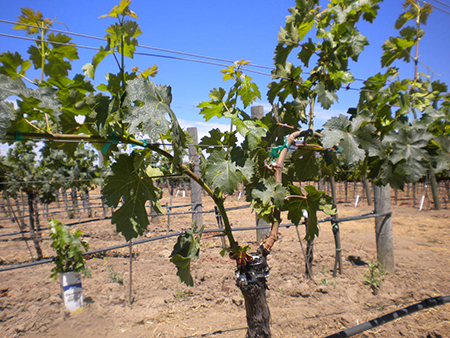 The root system for the 2010 Vintage Beard is already established as well. I'll need to order a new tub of Bluebeard's Original so I'll be ready for the potentially explosive whisker development this harvest 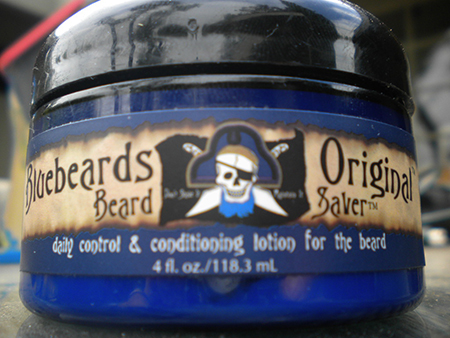